Chairman of the Canning Club

David Forth has been a member of the Club for over 20 years. He went to a naval school and this naval heritage is part of his enjoyment of the In & Out.
In his business career he qualified as a Chartered Accountant with KPMG; then joined BP where he held progressively senior roles including Finance Director of BP Consumer Products Division. He then worked overseas for BAT, Schneider Electric and Adecco before returning to the UK and setting up as an Interim CFO/Finance Director. Interim roles have included several retail restructurings; Group Financial Controllerships at SkyePhama, William Hill and Mothercare; Finance Director at Costa Coffee, and CFO at Dr Martens.
His Latin American connections stem from Regional Finance Controllerships for BAT, Schneider and Germanischer Lloyd, and previous Directorships of the British Argentine and British Chilean Chambers of Commerce. He is married to a Brazilian and has three daughters. 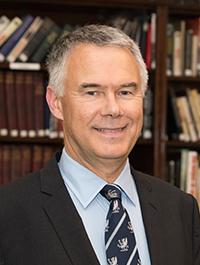