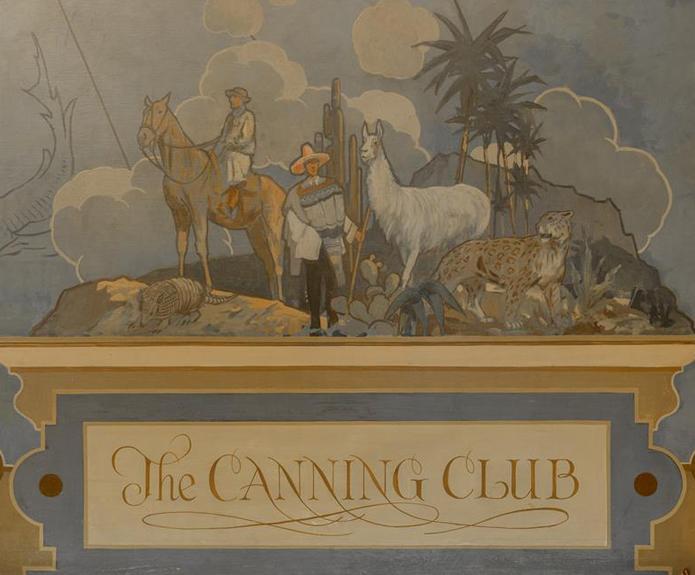 A 55 year lease was obtained on the premises at No 1 Hamilton Place, London, W1, which were duly adapted for the Club's requirements. The Club was successfully launched with a small membership which built up to over 800 in the next three years. All the Anglo-Argentine interests - railways, shipping lines, meat importers, cattle breeders, seem to have been involved, besides various banks.

The lease was re-negotiated in 1929, when the Club decided to add an additional floor for bedroom accommodation. During the Second World War years the Club became the meeting place and "home from home" of large numbers of volunteers who came from Argentina and other South American countries to join H.M.Forces. Food, drink and shelter were always available. Largely as the result of this influx of members from other countries the name of the Club was changed to The Canning Club. This was in recognition of George Canning who, as British Foreign Secretary in the1820s, had such a profound influence on the independence and development of the countries of South America.

No 1 Hamilton Place remained the Club's address until 1970. Development plans had been afoot in the 1960s for the building of a first-class hotel which would occupy the whole corner of Piccadilly and Hamilton Place. The Club Committee, in looking for a suitable alternative, decided to sell the remainder of the lease and approach other clubs which might offer the possibility of sharing premises. It was felt The Canning Club, a relatively small club, with half its members resident overseas would find it difficult to survive alone.

This was endorsed by the membership, and it was thus that in August 1970 the Club came to an arrangement with the Naval and Military Club, but with The Canning Club maintaining its identity. The Argentine Club Ltd. continues as the holding company of The Canning Club. The basis of Canning Club membership has been broadened in time to include interests in all Latin American countries. The members enjoy all the facilities and amenities of the Naval and Military Club.

In January 1999 the Naval and Military Club, with The Canning Club, moved to its present magnificent new clubhouse at No 4 St.James's Square, from 94 Piccadilly.