Anthony Lee, a key player in London's Luxury hotel scene has been General Manager of some of the world's most exclusive hotels. Whilst studying for a degree in hotel management, Anthony initially gained early experience in several leading hotels including The Dorchester, The Ritz, as well as working on functions at Buckingham Palace and at The Crillon in Paris.

Anthony began his career at the Connaught Hotel, where he joined the team in 1979 and was General Manager of this prestigious property from 2002-2010. Under his leadership, he steered the hotel through three different ownerships over 31 years from the Savoy Group to Blackstone and latterly Quinlan's private ownership. The Connaught was often referred to as one of the world's most exclusive clubs. From 2010 to 2013, Anthony was General Manager of the May Fair Hotel and Member of the Board for the Edwardian Group London, before taking up the reigns at London legend, Hotel Café Royal on Regent street. Following a two year turnaround of this London landmark, he decided to look at the Great Northern Hotel as a project to develop and also expand the Aries Group globally.

Anthony has given true leadership and direction to these iconic hotels over the 40 years he has been in the business, steering them through time and embracing the ever-changing world around them. That said, Anthony strongly believes that this business is all about people and it is his team that produce the magic.

Anthony very much looks forward to being part of The In and Out Club, and to meeting the members, whilst nurturing and supporting the wonderful staff who create the unique environment that we all treasure. 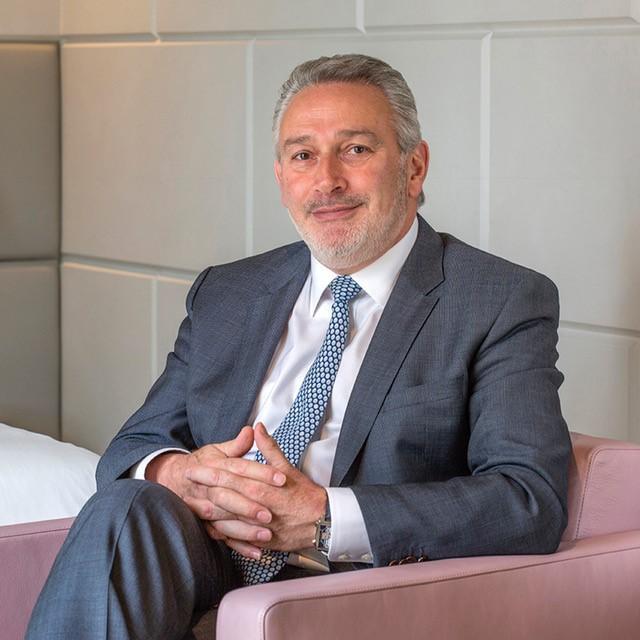