Michael is an Air Engineer Officer in the Royal Navy, having served for 5 years to date. He spent his childhood between London and Belfast and graduated with a degree in Aerospace Engineering before joining the Fleet Air Arm. He is an Incorporated Engineer and a member of the Royal Aeronautical Society. Mike's career thus far has seen him deployed on operations and exercises by land and sea to the Mediterranean, the Middle East, the Far East, the Arctic and the Baltic.

Mike joined the club in January 2018, having first been enticed by a poster at Dartmouth extolling the Club's virtues. He somehow convinced his Commanding Officer to write a letter confirming he wasn't an absolute reprobate (something he no doubt now regrets). Since joining the club he has thrown himself wholeheartedly into life in wider Clubland, also representing the In & Out on the Inter-Club Younger Members' Committee.

In his spare time Michael enjoys fitness and martial arts (Fencing and Jiu-Jitsu in particular). He is something of a musician (having studied on a music scholarship at school), playing a number of instruments; predominantly the guitar and the piano. He also writes essays on topics that interest him and composes music when he has the time. He is excited to join the Board, helping ensure the Club continues to provide a rich experience to its members, particularly those who are younger and in active service. 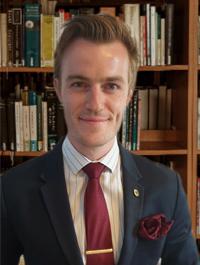