In her earlier career Melanie held significant senior roles in the commercial sector, leading the External Affairs, Business Improvement and Operations for companies such as the Automobile Association (AA) and Unite Students. Having graduated in Law from Manchester University Melanie joined The AA legal team and quickly became one of the first female patrol managers. She attained her MBA in 2005.

In non-executive roles, Melanie is a trustee of Mesothelioma UK an Executive member of Cobseo (The Confederation of Service Charities). She is also on the governance board of Women in Defence. She was awarded an OBE in 2017 for services to the Armed Forces.

Melanie has a strong personal interest in people thriving regardless of personal adversity or disability. Once a keen athlete, Melanie’s interests now are Pilates, running and cycling; she completed her first Help for Heroes Big Battlefield Bike Ride in 2017 and has cycled the 350 miles each year since. Melanie also acts as a mentor for apprentices via the Guild of Mercer Scholars. 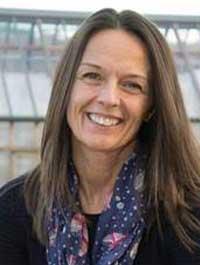