Before joining Cobseo, General Sir John McColl's career as an Army Officer with an infantry background and was deployed whilst at regimental service with the Royal Anglian Regiment to Northern Ireland and Bosnia. Between 1992 and 2000 as GOC 3 (UK) Division he deployed to Afghanistan to establish ISAF in 2002. Subsequently he became the Commandant of the Joint Services Command and Staff College, and in 2004 he moved to Baghdad as Deputy Commander of the Multi National Force Iraq. At the end of 2004 he became Commander of Regional Forces at Land Command.

In early 2005 he took on the additional appointment of the UK's Prime Minister's Special Envoy to Afghanistan, which ended with the deployment of HQ ARRC in April 2006. His final serving appointment was as Deputy Supreme Allied Commander Europe which he relinquished in March 2011.

On 26 October 2010 it was announced that he would be appointed to the role of Lieutenant Governor of Jersey. He took office on 26 September 2011. After his fixed term of office, his tenure ended on 30 November 2016 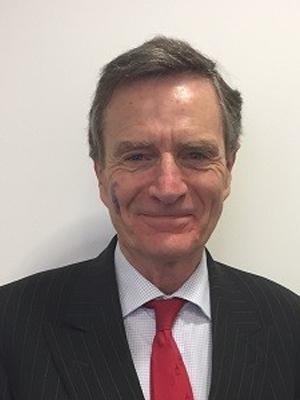