Den Norske Klub was founded in 1887 on 17th May, Norway's Constitution Day. It is the oldest club of its kind in the UK and is still an important meeting place for the Norwegian community in London. 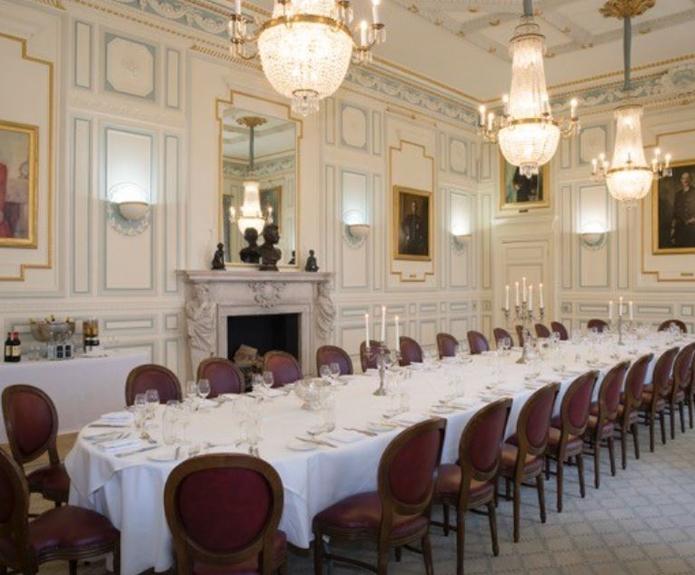 The Klub owes its existence to a dozen young Norwegians who were celebrating their national day in a bar that year. When, at closing time, they were told they could stay only if they were representing a private club, one of the participants had the presence of mind to declare, "Well, we represent the Norwegian Club in London." They jotted down some articles of association on a piece of paper, which they all signed, and that allowed them to carry on drinking – and the Den Norske Klub was born.

The first meetings took place every Thursday evening in a pub and the membership fee was fixed at 1 shilling per month. Most of the members were young men in their 20s who had come to London to study or to train as businessmen, particularly in shipping, and only stayed in London a few years. The resident Norwegian colony, including the older gentlemen, were at first skeptical to the Klub but became involved after about 1900. Whilst Den Norske Klub was originally formed as a gentlemens club where women were only admitted as guests at Klub dinners and balls, since 1982 the Klub welcomes women as full members. In the early years, membership varied between 20-odd to about 50 members. Today, the Klub has more than 150 fully supporting members.

For the first few decades, the Klub held its meetings and dances at a variety of hotels, inns and pubs in central locations around London. This changed in 1924, when Den Norske Klub moved to Norway House off Trafalgar Square, occupying the top three floors. This building in Cockspur Street came to play an important role during World War II, when many Norwegian institutions and government bodies were housed there. HM King Haakon VII and the members of his Norwegian government-in-exile were regular visitors to the Klub.