No. 4 St James's Square is an interesting building which boasts a fascinating history.

It was built in 1679 for occupation by Anthony, 11th Earl of Kent. After intense negotiation and some difficulty, the house was bought for £6,600 - not an inconsiderable sum for a house in 1679.On the night of 12th December 1725, the house then owned by the eleventh Earl's son, the Duke of Kent, was severely damaged by fire. Contemporary notes record that the Prince of Wales hurried from Leicester House at the head of a detachment of Foot Guards, in order to restrain the London mob from looting the building and "took charge of the London Firemen". 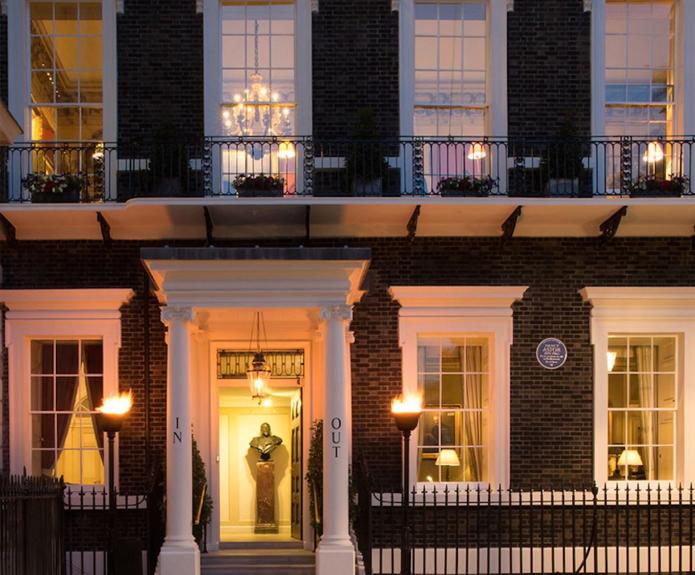 The house was rebuilt in 1728, much in the style it is today. Various architects have been linked with the re-design of the house, including Hawksmoor and Giacomo Leoni but this has not been established beyond doubt. In 1761, Horace Walpole visited the house and commented favourably on a statue ofInigo Jones "a niche on the noble staircase". The statue – our statue now – is still theretoday. Later, George Byfieldand Lord Burlington became involved in some design modification.

Later still, from 1834 to 1859, the house was occupied by Earl de Grey, who was the first president of the Royal Institute of British Architects. From 1912 to 1942 the house was owned and occupied by the second Viscount Astor. Nancy Astor was the first woman to sit as a Member of Parliament in 1919. In 1942 it was requisitioned by the government and was used as the London headquarters of the Free French Forces.

In September 1947 it became the home of the Arts Council of Great Britain. Subsequently, the building was used as a Court House for several years, first as a division of the High Court, then as a Criminal Court, then as the Employment Appeals Tribunal.

Finally in 1996, the house was purchased and became the property and new home of the Naval & Military Club otherwise known as the "In and Out". A new Chambers and Health Club entrance was built in Babmaes Street which now enables Members to reach Piccadilly Circus on foot in under 2 minutes and most of the West End theatres in less than 10 minutes.